Early Settlement in the West

Throughout most of the Spanish influenced period of the growth within California (1542-1848), settlement was limited to a narrow coastal strip along El Camino Real with only a few isolated frontier outposts of civilization. One of these outposts was the vast estate of John Augustus Sutter, a German-Swiss immigrant, who was granted eleven-square leagues of land in the Sacramento Valley under the condition that he settle twelve other families on the land. One of these Mexican land sub-grants was the Ranch Del San Juan, an approximately 20,000-acre tract of rich farm land originally granted in 1844. Included in this sub-grant is present-day Citrus Heights.

The Treaty of Guadalupe Hildago signed February 1848 officially ended the Mexican-American War of 1846 - 1848 which ceded California to the United States. The discovery of gold and the rush of 1849 that followed saw the population of the new territory increase from roughly 10,000 in 1848 to approximately 50,000 at the end of 1849. In September of 1850, California pressed the government for admittance into the Union to became the 31st state. California's Mexican land grant parcels were then divided up into smaller American county-township system, with Sacramento County being one of California's original twenty-seven counties. Townships were established throughout the county, with present-day Citrus Heights a part of Sacramento County's Central Township. Central Township had no settlements, few inhabitants, and no roads in when it was initially established.

Central Township's isolation ended abruptly in 1850 when a new shortened road to Auburn knifed its way diagonally through the township following along present-day Auburn Boulevard to Sylvan Corners, where it veered off in a northerly direction along today's Old Auburn Road. From early spring to late fall, heavily loaded freight wagons traversed this dusty road bound for Auburn, leading to a number of way stations along the route for teamsters to stop for a good night's sleep.

Early pioneer settlers in the Central Township established their ranches in the late 1850s along Old Auburn Road. As a rule, each pioneer family settled on a quarter section (160 acres) of land, built a house and a barn, dug a well, and set about clearing the land for farming. Because the land had to be cleared of native oak trees, many of the early settlers earned their income selling cords of firewood to nearby Sacramento. Early farmers sold their wheat crops to flouring mills, while hay and barley were grown mostly for use as food for their livestock. 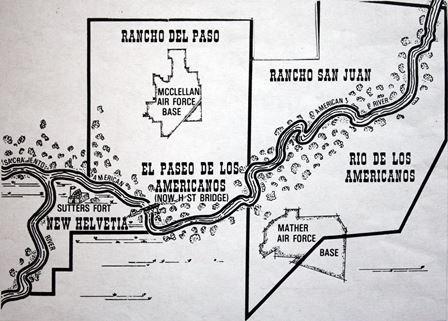 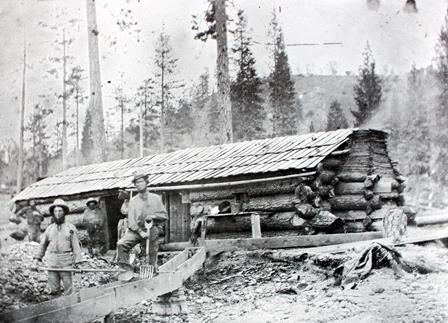