In 1994, after agreement with the county was reached, the effort gained momentum and took on the challenge to raise funds to pay for the mandated Environmental Impact Report (EIR). Once accomplished, the County Board of Supervisors approved the measure for the November 1996 ballot and a full campaign was initiated. Finally, after a 12-year battle with the County of Sacramento, the Citrus Heights residents voted on the issue. The voters approved the measure to incorporate the city on November 5, 1996, effective January 1, 1997. The measure won handily, with 62.5% of the votes. 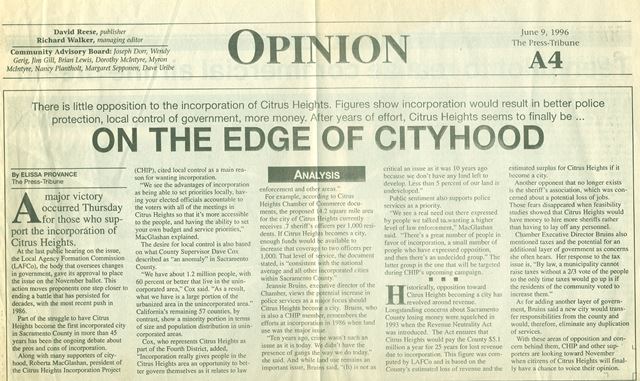